"What the Duck?" Indeed


Let's cut right to the chase. You've read the news. You've seen the reactions. But what are you to make of the dust-up over Phil Robertson's comments to GQ in a profile piece entitled "What the Duck?"

Explaining that the Robertsons are "Bible-thumpers who just happened to end up on television," Phil urged his interviewer:


You put in your article that the Robertson family really believes strongly that if the human race loved each other and they loved God, we would just be better off. We ought to just be repentant, turn to God, and let’s get on with it, and everything will turn around. 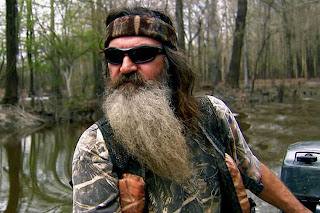 Repentance matters to Phil, the article explains, because he is worried about the direction of our nation - which he believes to be have been founded in Christian principles -  and hopes that the reality show is "a small corrective to all that we have lost."

"Everything is blurred on what's right and what's wrong.... Sin becomes fine," is the reported analysis of our current milieu given by Phil.

But then, when the interviewer asked Phil what's sinful, he gave the reply that has caused such a furor:

But Phil quickly cautions after these words: "We never, ever judge someone on who's going to heaven, hell. That's the Almighty's job. We just love 'em, give 'em the good news about Jesus—whether they're homosexuals, drunks, terrorists. We let God sort 'em out later, you see what I'm saying?" [emphasis added].
The reaction was swift and furious, with GLAAD and others calling for A&E to sanction the show as a result of these remarks.

Phil rose to his own defense in a statement to a FOX affiliate. But he didn't back down:

My mission today is to go forth and tell people about why I follow Christ and also what the bible teaches, and part of that teaching is that women and men are meant to be together.

However, I would never treat anyone with disrespect just because they are different from me. We are all created by the Almighty and like Him, I love all of humanity. We would all be better off if we loved God and loved each other.

On balance, these do not sound like words of hatred. Nonetheless, A&E has suspended him, saying in its statement:


We are extremely disappointed to have read Phil Robertson's comments in GQ, which are based on his own personal beliefs and are not reflected in the series Duck Dynasty. His personal views in no way reflect those of A&E Networks, who have always been strong supporters and champions of the LGBT community. The network has placed Phil under hiatus from filming indefinitely.

Evidently for the producers of this "reality" show, shit just got a bit too real.
So what do we make of it?

Here's the bottom line as I see it.

You don't need to agree with Phil Robertson's presentation of the teachings of Christianity here. Personally, I find them sloppily rendered from Corinthians in a de-contextualized and then mashed-up way in his quotations, a way that is unhelpful precisely in the manner the Holy Father has warned us that speaking of certain moral teachings out of context can be unhelpful.

I say you don't "need" to hold these views. Need how? For what? You don't need to think any particular thing about what Phil said to think that he should have a right to say it and that we shouldn't immediate turn to the network to "sanction" him as if we need some kind of overseer's protection from unpalatable ideas. 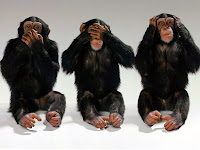 This is the same spirit that motivates the Freedom from Religion folks and others who just can't abide seeing X, Y, Z religious symbols set up... well, anywhere they might happen to go. They want those things behind Church doors, and that's their only place in those folks' views. But then are religious folks free from the religiously-held anti-theistic, anti-deistic value system of the other?

You see it's absurd. In a free society, with free discourse of ideas, even someone who hates Phil and everything he stands for should see his saying it as a victory for the rights we all cherish, and then use their own rights to organize boycotts and the like and use genuine consumer power (and not a high-powered behind-the-scenes lobby like GLAAD) to get a message across. Or, ya know, simply change the channel. 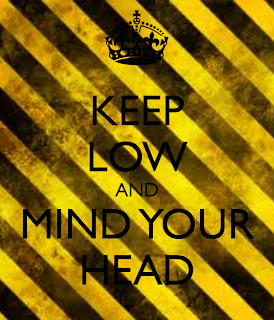 I worry that America is becoming a real "Duck Dynasty" -no, not like the show. A duck dynasty in the sense that everyone walks around needing to duck all the time. We no longer scrape our knees in the schoolyard scuffle, or have to suffer to hear words that offend. We get our Big Government and Big Business bought-and-paid-for cultural overlords to protect us from anything that might challenge us to think, or feel, or in any way come out of the bubbles we would live in. We keep lowering the ceiling of free speech, and consenting to duck, until soon our knuckles must drag and we become mere primates that don't exchange ideas but just babble at one another and occasionally throw poo. And then we will keep ducking, and ducking, and ducking - ducking all the rights and responsibilities of man: to have a mind and to judge and discern and (yes) discriminate: until finally we writhe on the floor like the worms we've made ourselves.

But even that dystopian vision isn't the worst nightmare to come from this. No, because those who control the signs, those who surreptitiously lower the ceilings and bid us duck, will forever stay aloof. And one day they'll walk all over us in literal fact.

I'm not ducking. I'm standing up. Standing up for Phil Robertson. Not for what he said or how he said it necessarily: that's beside the point for me. But for his right to determine for himself when he should duck.
Posted by Joe Grabowski at 11:38:00 PM

Email ThisBlogThis!Share to TwitterShare to FacebookShare to Pinterest
Labels: Argumentation, News and Views